Music from a military band and the sound of hundreds of marching feet will fill Alnwick town centre on Saturday during celebrations to mark St George’s Day.

Over 100 people will take part in the parade organised by The Royal Regiment of Fusiliers and supported by Alnwick Town Council.

The Band of The Royal Regiment of Fusiliers will lead the parade which also marks the 54th anniversary of the regiment which was formed on St George’s Day in 1968.

The Commanding Officer for 5 Fusiliers, Lt Colonel Paul Smyth MBE said: “The Parade will be spectacular and a great opportunity for everyone in Alnwick and Northumberland to pay tribute to those who serve our country so well”

Those sentiments were echoed by Alnwick Town Mayor, Councillor Lynda Wearn, who said: “This will be the first St George’s Day parade to take place since the COVID-19 pandemic and I’m sure large crowds will gather as it passes through the town centre. As well as serving personnel from the Fifth Fusiliers, cadets and veterans will following the Fusiliers Band – it will be quite a sight.”

The programme for the day starts with the parade forming up at Alnwick Castle before marching to St Michael’s Church for a special service.

The public will get the best view by watching the parade leave Bailiffgate at around 11.30am and march along Narrowgate and Fenkle Street, along Bondgate Within where a salute will be taken outside Warcups, then through the Bondgate Tower, down Greenwell Road and into The Alnwick Garden and back to Alnwick Castle.

Drivers and pedestrians should be aware that there will be rolling road closures in the town centre between 8.30 and 12 noon.

Since its formation in 1968, the Fusiliers have seen service across the world and in regions as diverse as Northern Ireland and Cyprus. More recently the Regiment served in the Balkans, the 1st and 2nd Gulf Wars and the Afghanistan campaign.

The Regiment is well known for its distinctive red and white hackle which is worn by all ranks and was awarded in recognition for the defeat of the French at the Battle of St Lucia in 1778.

The Regiment has four museums, one of which is located in the grounds of Alnwick Castle. 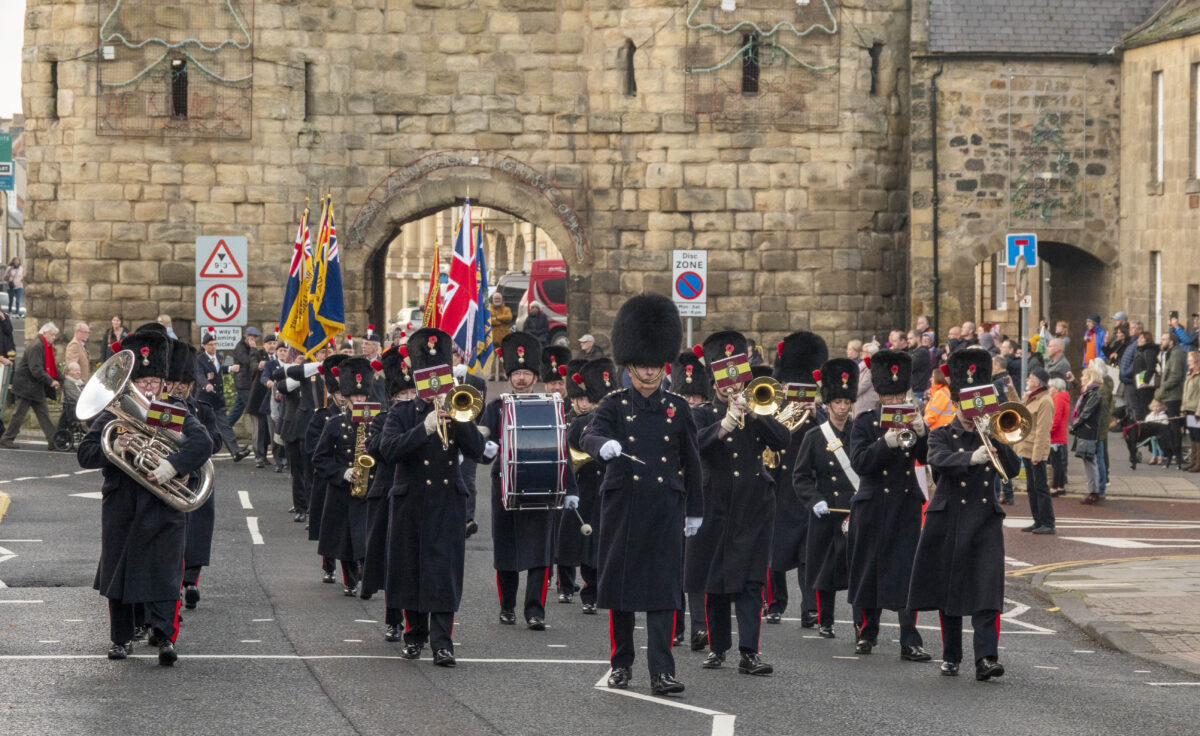