Alnwick Town Council is looking for nominations for their 2021 Mayor’s Civic Awards.

There are two categories, one for adults and one for young people aged 18 or under.

Nominations  are being sought for people who are involved with and make a contribution to a range of areas such as charity work, citizenship, sport, community participation or voluntary activities.

The nominee must live, work  or undertake activities within Alnwick.

Alnwick Town Mayor, Councillor Lynda Wearn, said “It always makes me proud of the town and its residents when I read the nomination forms for the civic awards and with the last awards ceremony being in 2019, I’m sure we will get a lot of nominations including those for people who went the extra mile during the pandemic”.

She continued “It is important that the Town Council has these awards to enable us to give formal recognition to individuals and groups for their involvement, contribution and dedication to the town and its people”.

So if you think you know someone who you think is worthy of such as award, just complete the nomination form and send it back to us.

The form for the adult nominations can be accessed HERE

Applications need to be submitted by Friday 23rd April and the Awards Ceremony will be held in early May. 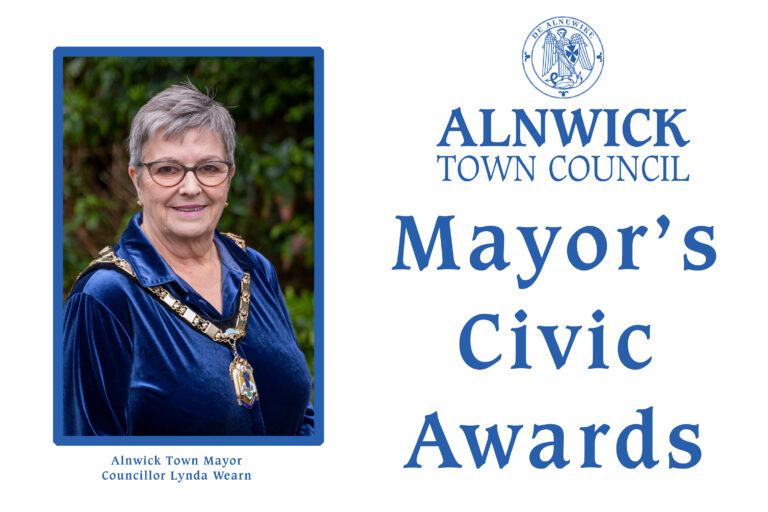