He accepted an invitation to attend the opening of the new laboratory at Quotient Sciences in Alnwick saying: “This new laboratory is a substantial investment from the drug development and manufacturing company who are a major employer in our town and evidence of their continuing commitment to Alnwick.”

As the Town Council representative, the Mayor attended the Annual General Meeting of the Alnwick Branch of the Royal British Legion and a couple of days later he attended the Christmas Dinner of the RBL which was held at the Alnwick Golf Club.

Councillor Watson added: “On December 20th I was delighted to host the Mayor’s Carol Service in St Michael’s Church. It was a wonderful event, led by Reverend Hardy, performers included Northumbrian Piper Gill Lyons, The Bridge Singers and youngsters from St Paul’s RC  Primary School.  Then we had a beautiful and moving performance from Ukrainian singer Viktoriia Rekun who sang ‘Silent Night’ in English and Ukrainian.  I urge people to look at Viktoriia’s performance on the council’s YouTube channel HERE . I was joined by colleagues Cllr. Alan Symmonds, Cllr Gordon Castle and Cllr. Lynda Wearn who read lessons. It was a joyous event, filling us all with Christmas spirit.”

He also accepted an invitation to attend a Community Networking event at the Alnwick Castle saying; “This was an initiative from The Duke of Northumberland to strengthen the communication between businesses in the town and the Castle. The Duke and his son George, Earl Percy, are very keen to reinforce the relationship between Northumberland Estates and local organisations and I hope this event is just the first of many.” 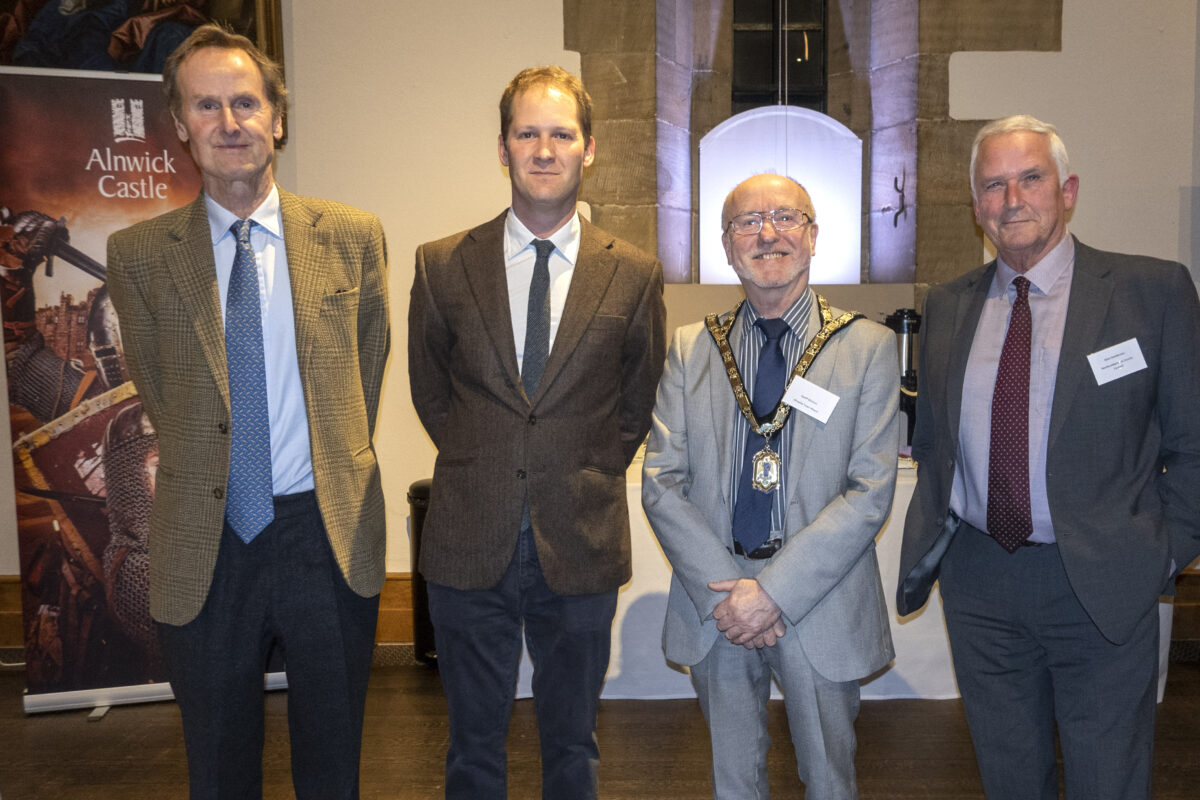