For the first time the Standard of the newly formed Alnwick Branch of the Royal British Legion will be used in the town’s annual Remembrance ceremony.

Branch chairman John Parker said “I’m thrilled that we have had support from local authority funding, local businesses and town and county councillor Gordon Castle which has allowed us to purchase our new standard so quickly. The Standard was blessed at the Battle of Britain church service by RAF Boulmer’s Padre. We now have 34 active branch members and new members are always welcome – we meet on the second Wednesday of each month at The Cricket Club.”

This year also marks the centenary of the dedication of the town’s War Memorial and a rededication ceremony will be held to mark this anniversary.

Alnwick’s Remembrance Sunday Service and Parade will take place on November 13th 2022 with the service at 2.30pm at St Paul’s R C Church followed by a parade to the War Memorial where wreaths will be laid.

Any veterans or serving personnel who would like to attend the service and are not members of an association should contact Alnwick Town Council on 07484 243593 or email clerk@alnwick-tc.gov.uk to be allocated seating in the church.

Everyone is welcome to take part in the march to the War Memorial (which will start just after 3pm from Green Batt) or watch the wreath laying ceremony.

The Band of the Royal Regiment of Fusiliers will accompany in church and lead the parade. 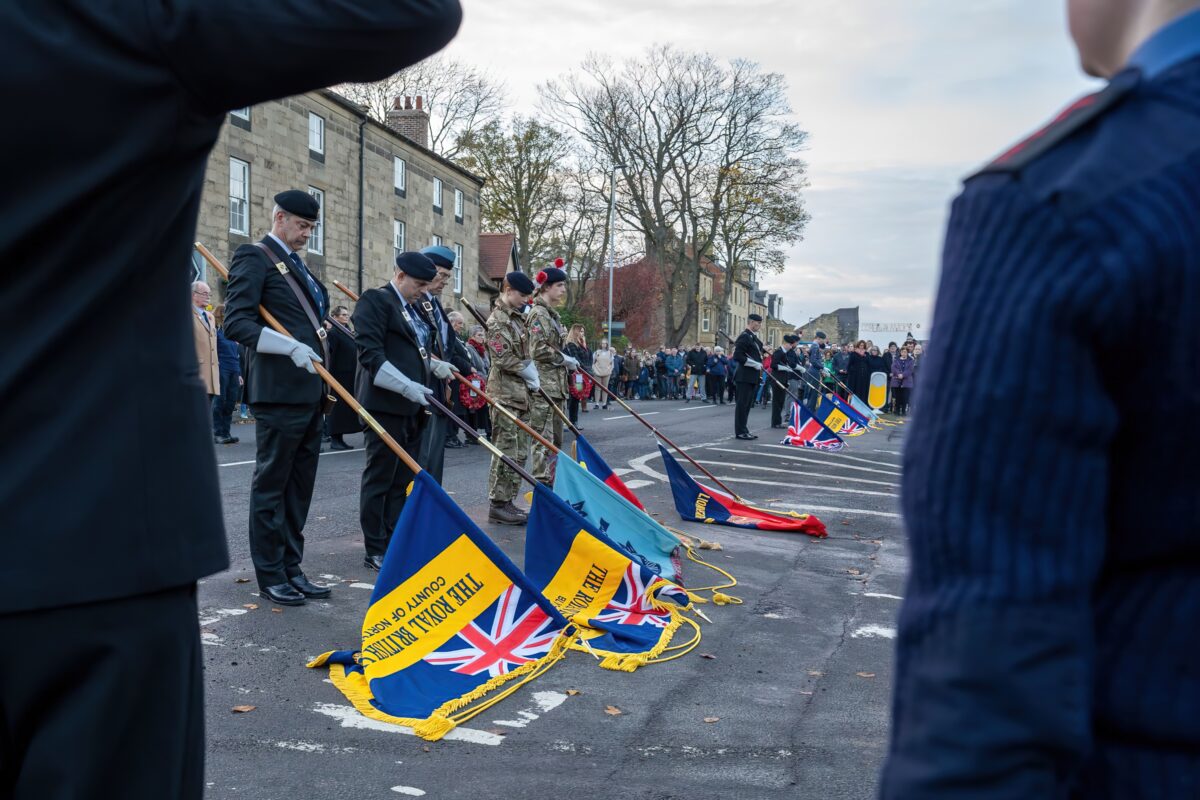