As part of the celebration for the 800th anniversary of the sealing of the Magna Carta, Lance Allen, Town Clerk from Trowbridge in Wiltshire, has undertaken a cycle ride of over 800 miles. Setting off from Trowbridge on June 20 Lance has visited 23 Baron Town on his way. 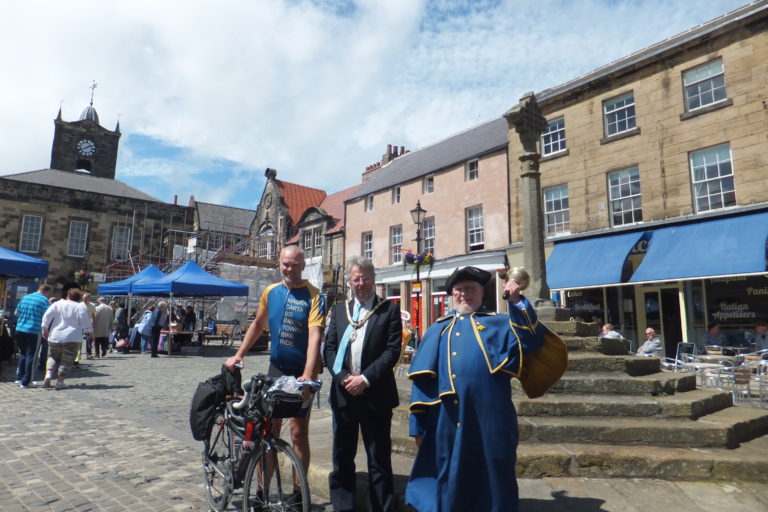 Alnwick was his last stop and he was met on June 28th, in the Market Place, by the Mayor, Bill Grisdale and Town Crier, John Stevens who had written a poem to mark the occasion. 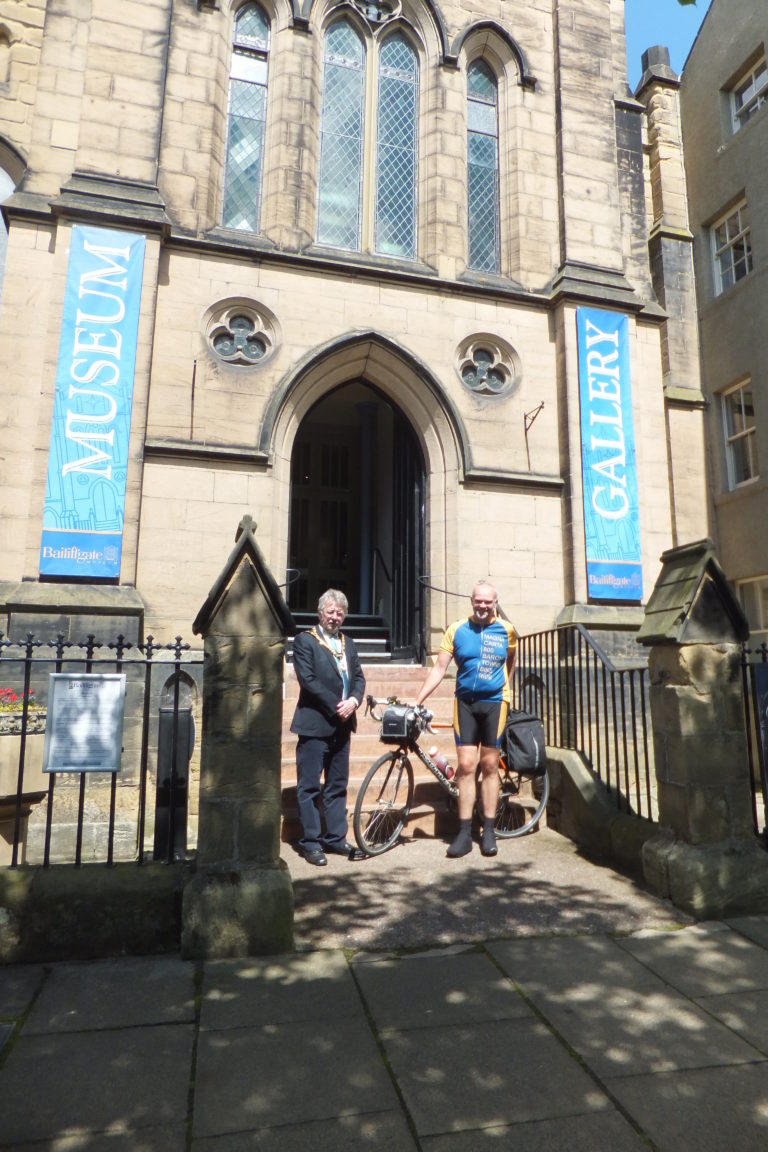 During his visit Lance stopped outside Alnwick Castle before being taken to look at the Magna Carta exhibition at the Bailiffgate Museum.

He then spent the rest of the afternoon at the Alnwick Garden where he enjoyed a Sunday roast and had a leisurely walk around the garden including a tour of the Poison Garden. 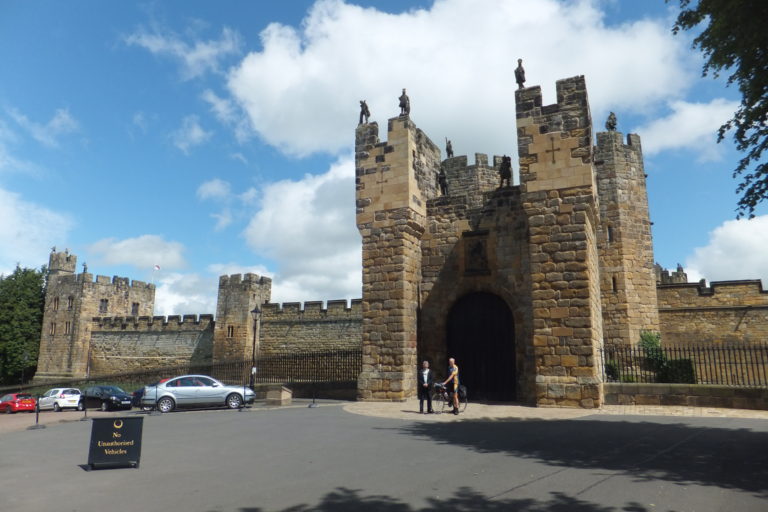 He then caught the 5pm train from Alnmouth arriving home somewhat quicker than he had taken to arrive in Alnwick.

Supported by the Town Council the exhibition at the Bailiffgate Museum runs until 5th July 2015.  “The Grand Charter” is one of the most famous documents in the world so come and visit and learn about the connections of the local De Vesci family to this world-famous document and see a parchment facsimile of Magna Carta itself in its 800th Anniversary year.