The Mayor and Deputy Mayor of Alnwick were honoured to be among the guests at a ceremony at Alnwick Castle to mark the Reformation of the RAF 19 and 20 Squadrons which are based at RAF Boulmer.

Following the end of Covid restrictions the Reformation Parade is a significant event in the history and future of both squadrons.

As one of the last surviving Battle of Britain squadrons, 19 Squadron now represents the UK’s air surveillance and control capability.

To mark this notable occasion there was a fly past by an RAF typhoon jet.

Alnwick Town Mayor Councillor Geoff Watson said “Both squadrons play an essential role in our national defence, and it was a pleasure to attend today’s reformation ceremony.  Alnwick is very proud of its association with RAF Boulmer. As well as the important role carried out at the station, the personnel contribute to local life in many ways, indeed many service men and women return to live in the district when they leave the air force. It was a historic day for the Squadrons.” 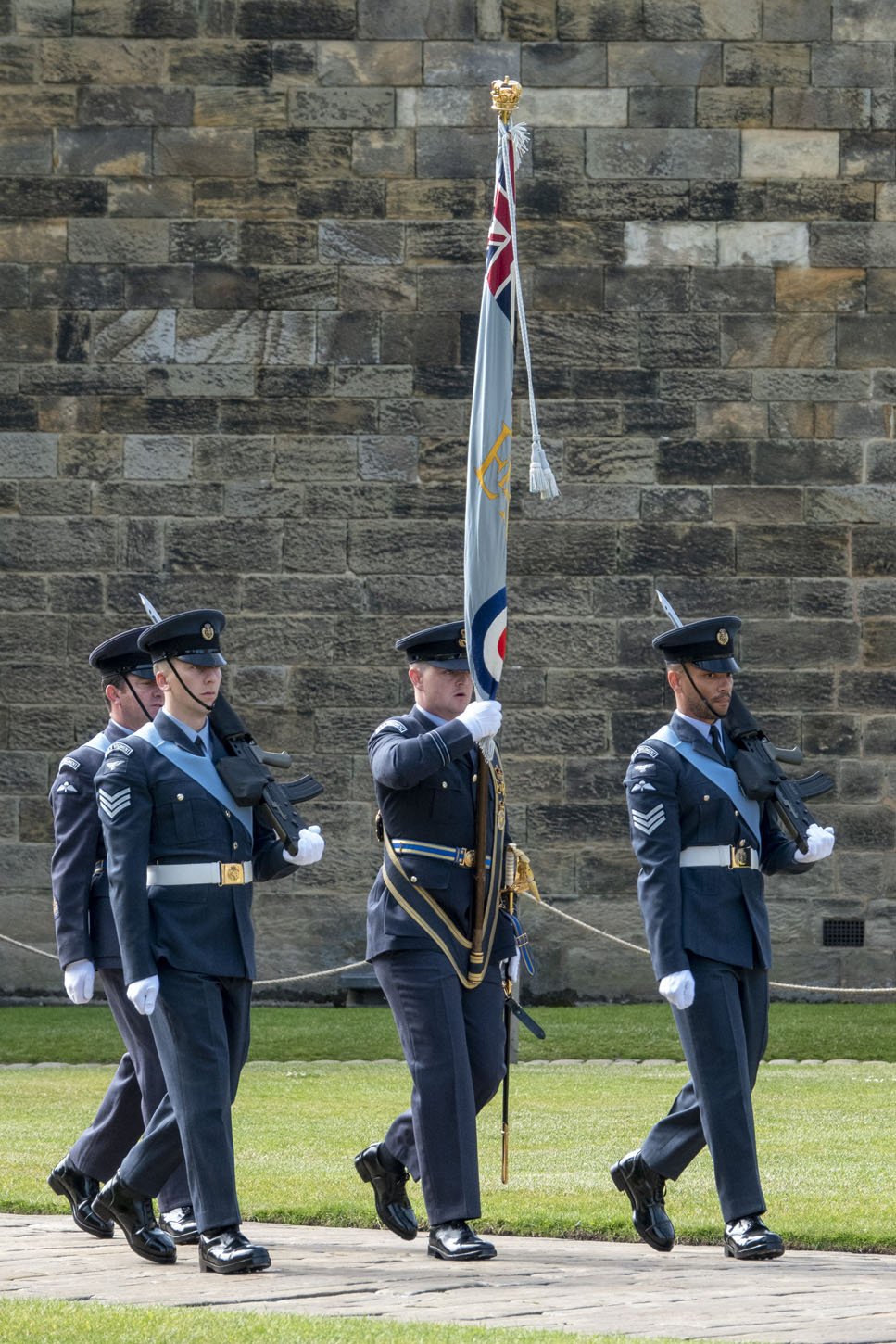 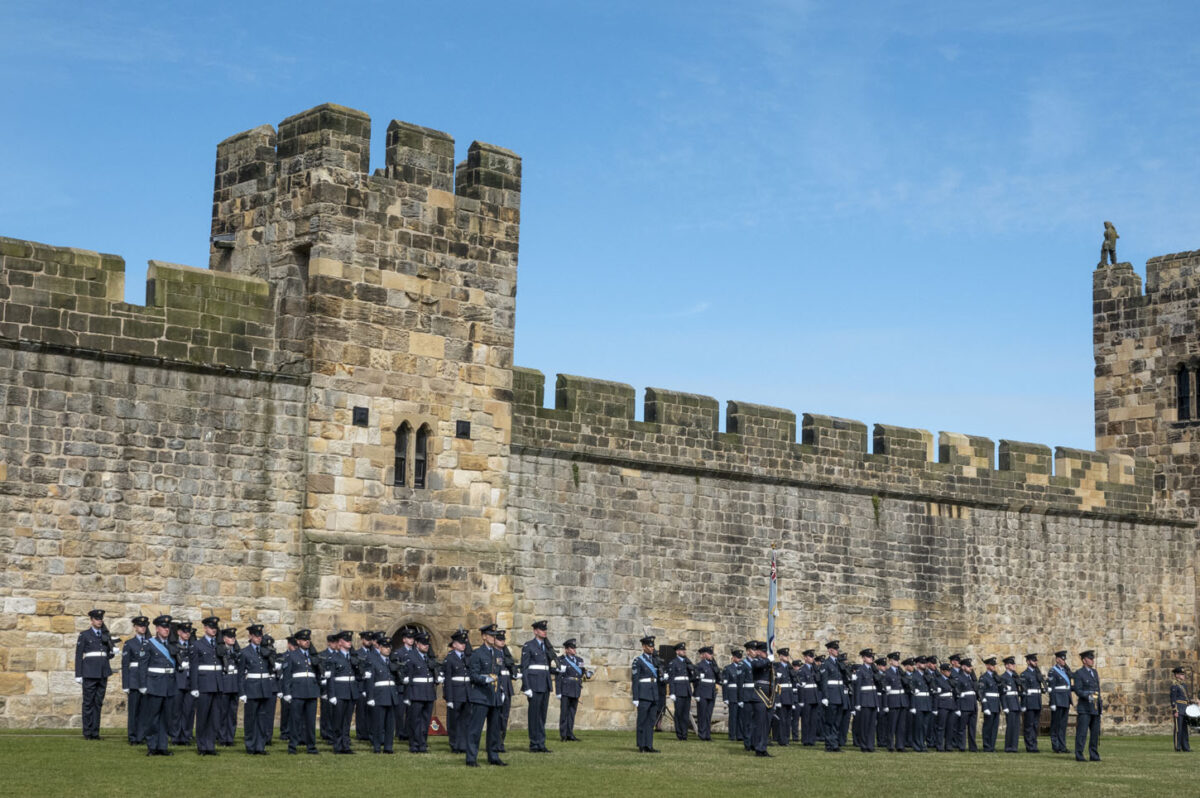 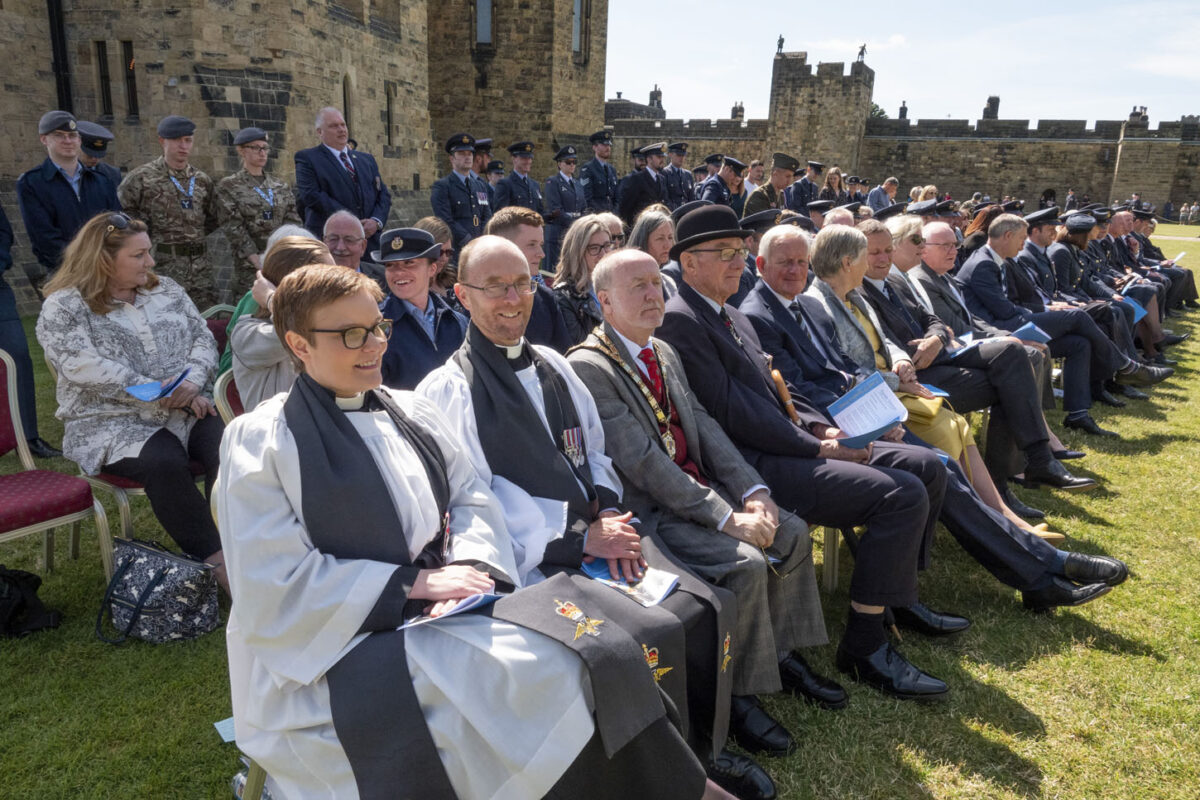 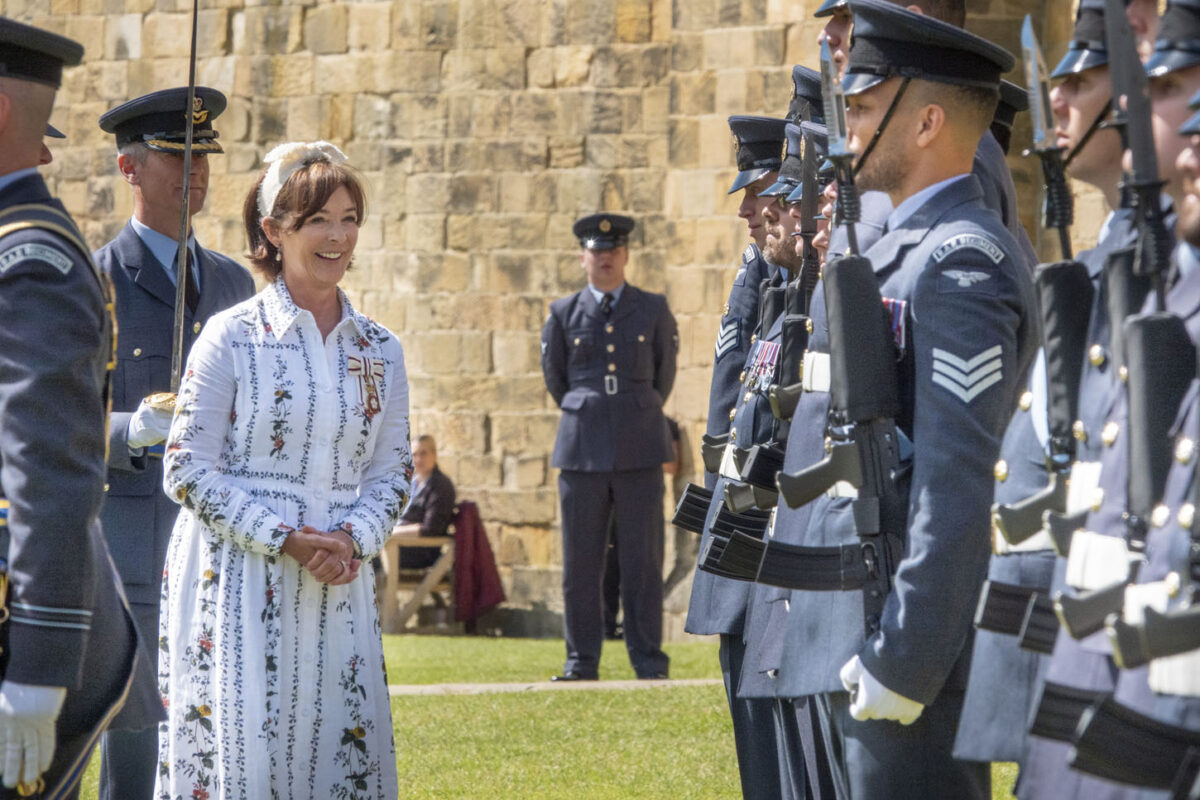