When an Alnwick Town Councillor read a poem about the war in Ukraine written by a youngster she found it quite an emotional experience and was even more impressed to learn he wanted to use the poem to raise funds to support Ukrainian refugees. 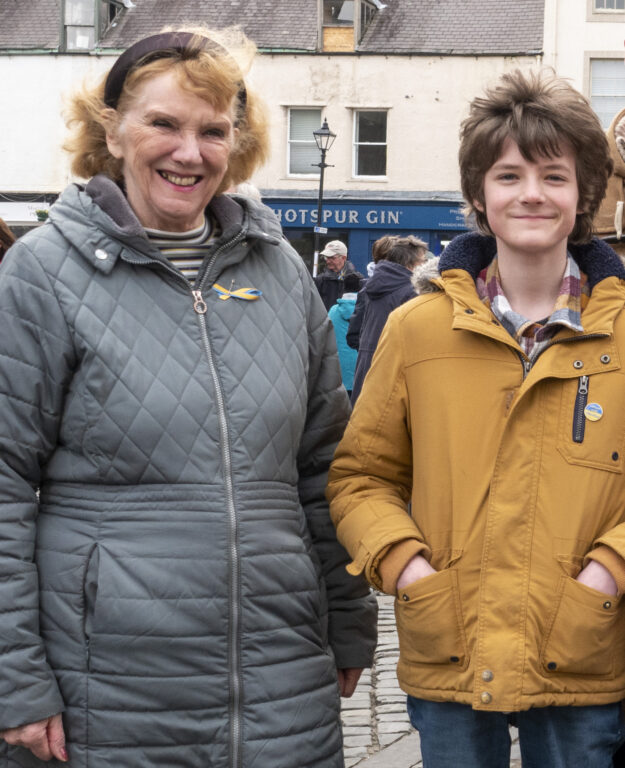 Councillor Sue Allcroft (left) was shown the poem written by twelve-year-old Laurence who said “After studying World War One poetry in English lately, I was inspired to express my feelings towards the current crisis in Ukraine using poetry.”

“I freely admit that usually I dislike and am hesitant towards writing poetry! However, seeing what is happening right now in Ukraine, and the effect that the situation is having on so many people is awful, so when I came to writing my poem, all my emotions came together very quickly.”

“I hope the poem brings hope to people who are affected by what is happening and that they know that we care”.

The city stood, in a pocket of bliss,

Not a worry in sight…

A creature of horrifying strength

Broke out of its shell to release its might.

It came without warning or provocation,

It had its dream of extinguishing hope;

To make a vow of fulfilling its destiny,

Bursting from the shadows it came.

The beast cried out a terrifyingly eerie cry,

As it unleashed its wrath across the land.

Breaking the peace that once existed

But little did the creature know

That despite its efforts it was all in vain,

Sue commented “Laurence’s use of English is amazing, and I found it even more impressive after learning he is autistic. The poem is a wonderful way of communicating his feelings about the war.”

”A Just Giving page has been set up in his name to raise funds for the British Red Cross Ukraine Appeal and after reading Laurence’s poem I am moved to give a donation and I hope others will be too.”

Laurence’s poem has already raised over £200 but not to be outdone, younger sister Thea wanted to raise funds too!

Thea said “I completed a sponsored silence. It was very hard to keep quiet but it was worth it as I have raised £590.88!”

When the family attended the recent parade in support of the people of Ukraine, Laurence was delighted to be able to show the poem to the Duke of Northumberland and Alnwick Town Mayor Councillor Lynda Wearn who said, “I congratulate both Thea and Laurence on their determination to raise funds for the people of Ukraine.  Very well done.”

Laurence was delighted that he had been able to present a copy of the poem to The Duke and he was equally excited a few days later to receive a letter from the Prime Minister after he had sent the poem to Downing Street. The letter expressed the Prime Minister’s gratitude for Laurence’s excellent and evocative poem. 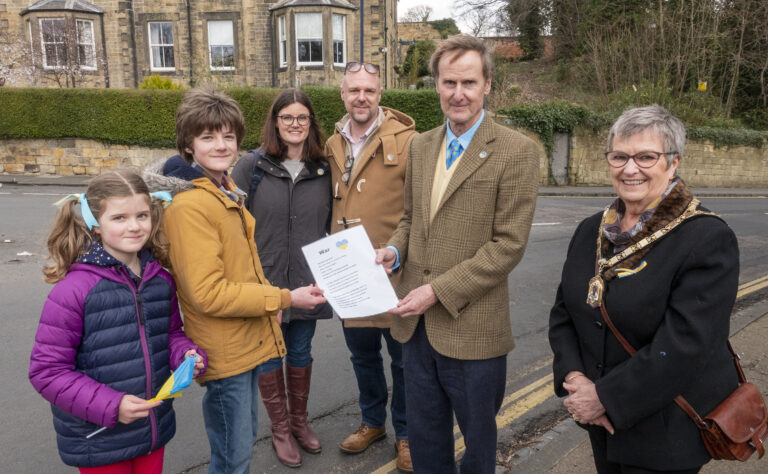